A Classic Form of Slot Machines

Some slots, like the original one arm bandit models, are made with only 3 reels. These can be video, mechanical, 3D, fruit machine, or any other of a number of subgenres of slot game styles as long as they only contain the simple 3 reel layout that many have come to know and love. People are drawn to these games because of their purity and simplicity. They are what slots were originally designed to be and, although with newer versions this changes, they were made to be a simple match three symbol type of games that are so easy to follow along and know exactly what you will win with each distinct set of three symbols when a spin lands on them. 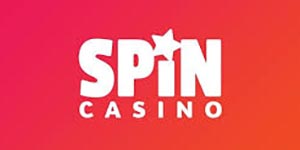 With the more modern 3 reel slots, there can be as many features as the imagination can conjure up. Everything from dozens, maybe even a hundred or more, paylines on the screen available to create winning and paying combination upon to animated graphics that happen when you land on certain combinations and you trigger part of a storyline to play out before your very eyes can be in 3 reel slots.

The original one arm bandit slot machines that your great-grandpa played on in the feed store or soda shop that was the center of town socializing during everyday activities were designed with three wheels inside that spun with symbols on them. They featured fruit symbols that you would try to land on all three of the same symbols across the center of the viewing area of the machine. The three wheels are what we now refer to as the 3 reels. When a player would land on the same fruit symbol across the centerline of the viewport – the original payline – they would be rewarded with a piece of gum in that flavor.

Then came the addition of the bell symbol. When this came along the lines between gaming for fun and gambling began to get blurred and underground prizes began to pop up in many towns across the world. Local shopkeepers would reward a three bell result from a spin that the customer had to pay a tiny amount to make happen with a small reward that was a few times greater than what they spent or a credit to their shop for that much money in products of the players choice. This was the beginning of slot machine gambling and it spawned all that we know in today’s casinos as slot machine games.

The laws in most places were either strictly against this type of gambling and reward systems or were at least foggy about the legality of these types of games. So, shopkeepers would often reward three bell symbol results for a stranger with a small piece of candy or maybe even a soda pop, but to the townsfolk that they were familiar with and knew from being regulars to their business they would give a much higher reward to with a jackpot amount that was considerably larger than what they spent to spin the machine in the first place.

This would create demand of customers wanting to try more than one spin in order to land that big win and maybe be able to stock up on some livestock feed or sacks of sugar or flour for the homestead. This was a different world altogether, but it was the beginning of the 3 reel slot machine and it slowly grew into the gigantic section of the gambling market that they take up in today’s casinos, both physical and online casinos actually.